High-performance and interpretable patients profiling allows to detect sub-groups of patients with similar course of disease (fast/slow progressors) or with similar response (high/low responders) to a given treatment.

Use case examples include:

Context: identifying markers of patient response to an adjuvant chemotherapy

We worked with one of the largest cancer treatment centers in France (Gustave Roussy). In a small cohort of 121 patients with non-small cell lung cancer which were all surgically treated, the survival curves were not significantly different with or without adjuvant chemotherapy. Intensive data mining and standard biostatistics/bioinformatics had failed to identify subgroups of patients showing reduced relapse rates with adjuvant chemotherapy.

Quinten Health implemented an original sub-group identification approach using its proprietary algorithm Q-Finder®[1]. We trained the algorithm to identify the responders and non-responders according to the relapse outcome. The algorithm uncovered gene patterns involving MMS19 as a key driver of response to the adjuvant chemotherapy. Indeed, we discovered that patients’ tumors with high expression of this gene combined with low expression of 3 other genes had 7 times less chances to relapse when treated with the adjuvant chemotherapy. On the other hand, patients’ tumors with low expression of this gene and high expression of 4 other genes were 18 times more likely to relapse.

Functional in vitro validation using immuno-histo-chemistry successfully confirmed this central role of MMS19 on the sensitivity to cisplatin in resistant cell lines. Results were also clinically validated using an independent cohort and multivariate regressions. An independent team published similar findings in ovarian cancer. In a nutshell, the Q-Finder® approach allowed identifying a biomarker significantly impacting the response to adjuvant chemotherapy in non-small cell lung cancer. The results of the study were published in Cancer Biomarkers[2]. Similar approaches are currently tested in immuno-oncology with promising results.

Progressors profiling in a rare disease

Lysosomal storage disorders (LSD), which are believed to be linked to enzyme activation levels, are characterized by high phenotypical heterogeneity. This leads to the necessity of different therapeutic approaches. However, enzyme levels are seldomly available in real world data.

Quinten Health’s solution: the combination of supervised and unsupervised learning

In order to understand if the phenotype spectrum can be modeled based on phenotypical data, Quinten Health used patients profiling by combining supervised and unsupervised learning approaches.

The model managed to reproduce the phenotype spectrum. A high correlation was observed between the phenotype score and the velocity of disease progression. In addition, 10 clusters were found that can be mapped to one of the three known phenotypes. The patients’ characteristics were consistent with phenotypes characteristics described in the literature.

Another example of sub-group detection is associated with rescuing phase III clinical trial in type 1 diabetes by boosting benefit/risk ratio in the context of the EMA regulatory approval process.

After a phase III clinical trial, according to the preliminary EMA assessment reports, a treatment benefit / risk ratio required critical further evaluations. As a matter of fact, despite a primary efficacy endpoint met, significant number of adverse events undermined the benefit/risk balance and jeopardized approval.

Better characterization of high/low responders vs patients with higher/lower risk of serious adverse events could support the regulatory approval. Q-Finder® algorithm was applied to the safety and efficacy phase III trial data.

See our other cases 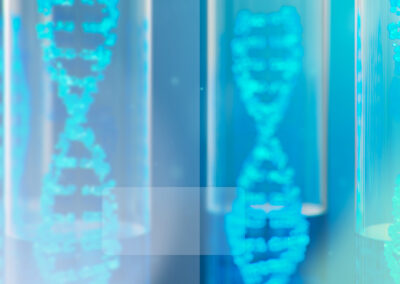 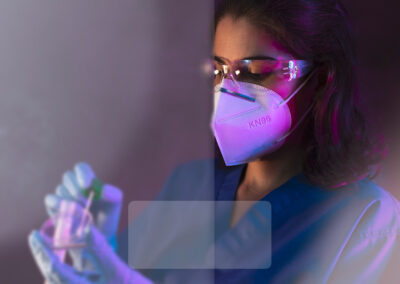